Erik F. Storlie is the author of two outstanding books about Zen and his fifty years of practicing and teaching meditation.

Go Deep and Take Plenty of Root, Erik Storlie’s latest memoir, explores his conflicted prairie-Norwegian roots, a sixties Beat scene in Minneapolis that inspired the early Bob Dylan, friendship with the poets James Wright and Robert Bly, and his almost fifty years of Zen meditation. This book illuminates a tectonic shift in American life, Storlie’s embrace of the contemplative arts, and the real-world challenge of bringing an idealistic meditative practice into marriage, divorce, raising children, and the deaths of parents. Buy Now! In Stock and Available at Amazon.com 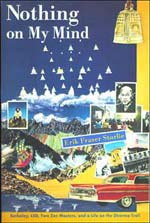 Nothing on My Mind: Berkeley, LSD, Two Zen Masters

"This frank account by a longtime Zen student looks back over a journey that began in Berkeley in the heady sixties when the author experimented with psychedelics and started to study with Suzuki Roshi, who encouraged his students to find a genuine way of practicing Zen." Purchase your own copy online! In Stock and Available now at Amazon.com

Read more about this book 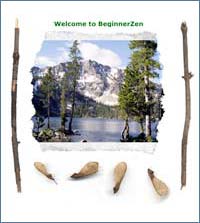 More about Go Deep and Take Plenty of Root

A death in 1900 on the Dakota prairies sets in motion this memoir of a distant father and his son, a story of growing up and growing old that winds through the sedate Midwestern fifties, explodes in the cultural turbulence of the sixties, and finds meaning in a fusion of family, writing, teaching, and the eastern contemplative arts.

In a culture that places so much emphasis on “doing,” how on earth did an ancient practice of simply “being” ever take hold and flourish? That’s the vibrant heart of Erik Storlie’s life, an engaging story of mindfulness, counterculture, and family which will move you and your audience as we approach the holiday season.

Reviews for
"Nothing on My Mind"

Erik Storlie’s first memoir, Nothing on My Mind: Berkeley, LSD, Two Zen Masters (Shambhala 1996), describes the upsurge of interest in psychedelics and Zen in San Francisco, his struggle to integrate the psychedelic experience with meditation, and his study and practice with Shunryu Suzuki and Dainin Katagiri Roshis. He completed a PhD in American Studies and taught for thirty-five years at an inner-city college in Minneapolis. Later he developed and taught course on meditation at the Bakken Center for Spirituality and Healing at the U of Minnesota. He still teaches meditation and mindfulness and leads retreats throughout the year.

Links on the web about Zen

Writings and reflections worthy of your time.

Committed to helping people learn meditation and apply it to their lives.